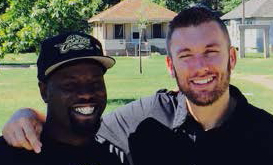 Andrew Collins and Jameel McGee are  featured in the film as an amazing example of the power of forgiveness and reconciliation. In 2005, Former Benton Harbor Police Officer, Andrew Collins arrested Jameel McGee for a crime he didn’t commit. During an investigation, Andrew then tampered with evidence, framing Jameel and sending him to prison. Four years into Jameel’s 10-year prison sentence, when Andrew confessed and the truth was revealed, Jameel was released and Andrew was sentenced to three years in prison, of which he served 18 months. Jameel forgave Andrew. Today, they are best friends and work together in ministry, putting L.O.V.E. into action, to help others with racial reconciliation. 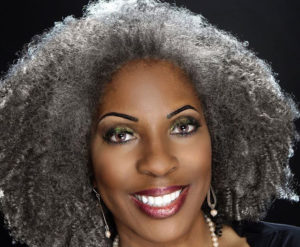 Cheryl Dorsey is a Los Angeles native. In 1978, she began a career in law enforcement where she worked for the State of California, Department of Justice. In 1980, Cheryl joined the Los Angeles Police Department and honorably retired as a sergeant of police in 2000.  During her twenty year (LAPD) career, she worked exclusively in patrol and specialized units such as traffic, vice and the infamous gang unit known as Community Resources Against Street Hoodlums (C.R.A.S.H.)

As an LAPD insider, Cheryl Dorsey wrote an autobiography, The Creation of a Manifesto, Black & Blue, which provides an unfiltered look into the LAPD’s internal processes with a level of credibility that is undeniable and irrefutable. Today, she serves as a speaker, author, advocate and police expert; educating the public in the areas of police procedure as well as understanding police culture. 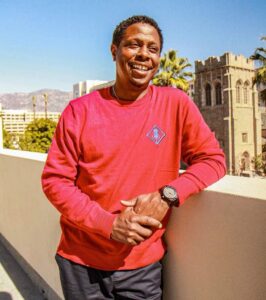 “L.O.V.E. Is The Answer Book Contributor”

James Farr – Journalist and Host of the “Conversation Live

James Farr is a journalist and host of the “Conversation Live” a “hyper- local” talk show that focuses on social and restorative justice, inclusion, and equality. Identifying “what is at the root” of local issues, Farr’s style is described as “hard hitting” and “unflinching.” His format is often piercing and provocative. He garnered national attention with his investigative documentary about 21-year-old motorist Christopher Ballew’s savage beating by two Pasadena Police Officers in November 2017 in Altadena, California. Farr initiated Speak Out Pasadena and Police Community Conversations in an effort to find understanding, healing, police accountability, and oversight. James is a Husband, Father, Social Entrepreneur, Guest Lecturer at Occidental College and Author of “Critical Conversations” (Release date: May 1, 2020, Kennedy Richmond Press). 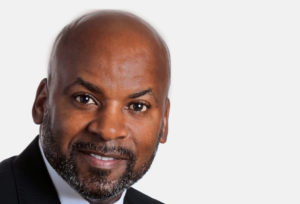 Dr. B. Bernard Ferguson is an author, and a professional development and executive coach specializing in building the leadership capacity of individuals. In his new book, “Where’s The EQ?: Race And Policing Up Close,” he uses emotional intelligence (EQ) in assessing the engagements between police officers and civilians for the purpose of finding solutions to many of the problems occurring within our society involving police officers and those they are sworn to “protect and to serve.” He is also the President of EQ Perspective, a consulting firm dedicated to ensuring their clients have the capacity and talent needed to keep them growing and flourishing regardless of changing market conditions.

With over 25 years of experience, Dr. Ferguson’s industry expertise is broad and diverse. Prior to forming EQ Perspective, Dr. Ferguson was a senior law enforcement executive, where he designed and implemented organization-wide programs to support change management, and leadership development. Drawing upon his doctoral research in the area of EQ, he uses facilitative coaching, and a myriad exercises designed to provide a roadmap for clients to generate new levels of awareness, realize their own blind-spots, and create positive behavioral shifts. Dr. Ferguson empowers and supports his clients in establishing clarity around their growth objectives by assisting them with devising strategies and actions that will produce the desired results. 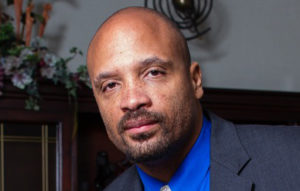 Dr. Chance Glenn received his Bachelor’s of Science degree in Electrical Engineering from the University of Maryland at College Park. He then received his Master’s of Science degree and Doctor of Philosophy degree, both in Electrical Engineering, from The Johns Hopkins University Whiting School of Engineering. He began his engineering career at the Army Research Laboratory in Adelphi, Maryland where he designed microwave and radio frequency devices for a wide range of defense-related applications. He began publishing, presenting, and submitting patent applications even before completing his undergraduate studies.

In 2003 Dr. Glenn joined the faculty at the Rochester Institute of Technology, where was a tenured professor in the College of Applied Science and Technology. In 2008 he became the Associate Dean of Graduate Studies. He was the founding director of the William G. McGowan Center for Telecommunications, Innovation and Collaborative Research, leading faculty, staff, graduate students, and undergraduate students, in order to develop new ideas in communications and signal processing. He is also founding editor of the Journal of Applied Science, Engineering and Technology. Dr. Glenn is well-published, giving talks nationally and internationally, and has several patents awarded and pending surrounding his work. Dr. Glenn is also an avid singer and songwriter, having written and published over one hundred songs, recorded two albums, and having a song nominated for a Grammy award in 2000.

In August of 2012 Dr. Glenn became the Dean of the College of Engineering, Technology, and Physical Sciences at the Alabama A&M University in Huntsville, Alabama. He is leading the college through its expansion to prepare students and researchers to meet the global needs of the 21st century. He is working with the faculty to develop new programs in engineering and applied science, as Ph.D programs. He is leading efforts to collaborate with industry and other academic institutions around the world to grow research in materials science, image and signal processing, alternative energy, and other areas of major global significance. 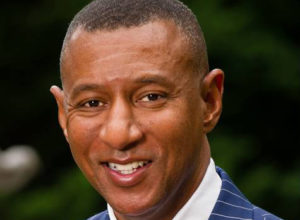 After years of working in law enforcement, and seeing first-hand the affects a negative environment can have on young men, Bobby
found his passion working with at-risk youth to reduce, and ultimately eliminate the number of young men who end up in the criminal justice system. As a single father of seven boys, the risk of African American males becoming involved in gangs or other criminal activities hits home for him.

Now that he is retired, Bobby uses his experience and expertise as a security expert/analyst in an effort to help make the world a safer place, speaking at conferences, seminars, schools, churches and workplaces to motivate, encourage, and inspire others. He used his law enforcement experiences to write his first book, Surviving the Stop, to assist motorists with successfully managing interactions with law enforcement officers when they are stopped.  His ultimate goal is to prevent the tragedies that we have seen in our nation over the past few years and bridge the communication gap between citizens and police officers. 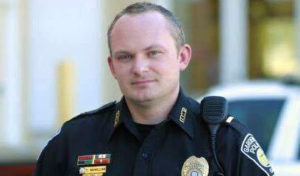 After a fateful traffic stop on October 1, 2016 he became an “accidental” social justice activist. Since his serendipitous encounter that October morning he has worked relentlessly to improve police services nationally and fight for racial equality. His story has been covered by 171 different media outlets in six different countries.  He was recognized for his work for social justice by the Department of Justice and Attorney General’s Office. He was the 2016 “Protector of the Peace” award winner by the Races for Peace non-profit organization. 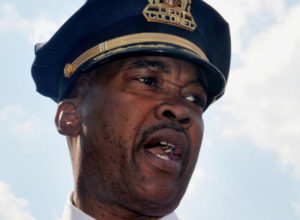 Chief Melvin T. Russell is the Commander of the Community Collaboration Division, Baltimore Police Department. Russell joined The Baltimore Police Department (BPD) in 1979 as a police cadet and graduated from the BPD academy in 1981 as the first and only African American class valedictorian.  Russell worked both as a uniform patrol and then an undercover officer for 20 years before re-emerging as an Eastern District Lieutenant in 2007. In this position, Russell turned the worse midnight patrol shift in the city to the best in 3 months and was promoted to Major of the Eastern District 11 months later. It was during this time as Major that Russell created the non-profit “Transformation Team” (TTT), a grassroots organization of community shareholders that are committed to working together to make a better Baltimore. 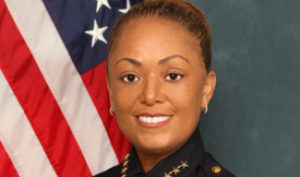 After rising through the ranks and serving in a variety of administrative and operational positions during her 25-year tenure with the Santa Monica Police Department, Chief Seabrooks was appointed to the chief executive position at the Inglewood Police Department where she was not only the first African-American woman to serve as a municipal police chief in the history of the State of California, she was the first woman to hold the top executive position in Inglewood’s 100 plus year history. In another first, in May 2012, Chief Seabrooks rejoined the Santa Monica Police Department to serve as the City’s 17th Chief of Police.

Over the course of her tenure as a chief executive, Chief Seabrooks has consistently provided effective reform and transformational leadership as she implemented the tenets of 21st Century Policing. She successfully navigated a variety of policing challenges, including a “pattern and practices” investigation by the U.S. Department of Justice, organizational downsizing, organizational restructuring, team building, staff development, and succession planning, while also being specifically attentive to fiscal conservatism, new and evolving crime trends, and the need to build and strengthen community-police partnerships. 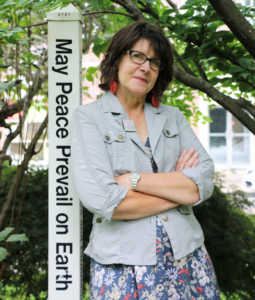 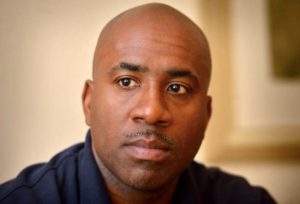 Lieutenant Robbie Williams is a 21-year veteran with the Hawthorne Police Department and was the Community Affairs Unit Supervisor. He is currently assigned as a Patrol Watch Commander. After Captain Kauffman left HPD to become the Chief at the Redondo Beach Police Department in 2015, Lieutenant Williams has been the main National Instructor (with Sgt. Cognac) for the Coffee with a Cop training classes.

Currently, he leads efforts to bridge relations between the police and citizens, including initiatives like hosting Crime Prevention Workshops for business owners and community members. Lieutenant Williams has taught Community Orientated Policing and Introduction to Criminal Justice at the community college level and is a recipient of the 2015 Homer L. Garrott Community Service Award.  Lieutenant Williams is a graduate of the Sherman Block Leadership Institute, and the California State University Los Angeles Edmund G. Brown Institute for Public Affairs “Problem Oriented Policing” program.